Iran seized a British tanker in the Strait of Hormuz for alleged marine violations and allowed a second one to proceed after issuing a warning, according to Iran state TV and news reports.

The actions were seen as a dramatic intensification of already fraught relations between the U.S. and Iran, and now Britain, which seized an Iranian tanker suspected of carrying oil to Syria several weeks ago.

“This is an extraordinarily brazen step here. This is taking tankers under way, then forcing them into Iranian waters, and I think it’s a highly provocative step. It’s something the Iranians tried to do before, when they tried to nab another British ship on the 10th of July but British war ships stopped them,” said Henry Rome, Iran analyst with Eurasia Group. “This is an intentional escalation from what we’ve seen by the Iranians.”

The Iranian Revolutionary Guard earlier said it seized the British-flagged tanker Stena Impero, after it failed to follow international maritime regulations. The Guard took the ship to a coastal area to be turned over to maritime authorities, according to Iran state media.

The Mesdar’s owner, Norbulk Shipping UK, also said the ship was released after it was boarded by armed personnel at about 5:30 p.m. BST Friday. It said armed guards had left the vessel, and the crew was unharmed. The ship, which sails under a Liberian flag, was reportedly warned about safety and environmental issues.

British Foreign Secretary Jeremy Hunt earlier said he was concerned by the seizure of the two ships by Iranian authorities in the Strait of Hormuz. He said the U.K. is attempting to resolve the situation in Tehran and with international partners. Just after Hunt spoke, reports emerged that the Mesdar was released.

“I’m extremely concerned by the seizure of two naval vessels by Iranian authorities in the Strait of Hormuz,” said Hunt. “I will shortly attend a COBR meeting to review what we know and what we can do to swiftly secure the release of the two vessels — a British-flagged vessel and a Liberian-flagged vessel.” COBR is an emergency response committee.

President Donald Trump told reporters the U.S. would work with the British on the tanker situation. According to a statement, the U.S. military said unarmed surveillance aircraft were monitoring the situation in the Strait of Hormuz from international airspace, and it is in contact with ships operating in the area.

“I think we’re going to see more of this. I don’t think Trump has the appetite at this point to commit militarily,” said Rome. “He made some interesting comments on his way to Marine One, underlying that this was not a U.S. ship and implying our interests were not as directly affected as the British are. I would imagine more strong language coming out of the U.S and not a whole lot else. Trump has made his red line pretty clear, and it’s U.S. personnel getting injured or killed and other than that, he wants others to share the burden of the region or the Gulf.”

Rome said Iran could also be engaged in a high stakes tit-for-tat with the U.K.

The move by Iran follows the seizure of an Iranian tanker earlier this month by the British Royal Marines on suspicion it was breaking European sanctions and taking oil to Syria. Iran has called for the release of that ship, and earlier Friday, a British court in Gibraltar extended the detention of the Iranian oil tanker. Iranian Foreign Minister Mohammad Javad Zarif, in a meeting with journalists, denied this week that the ship was headed to Syria but would not say where it was headed.

The seizure of the ships also comes a day after Trump told reporters that the USS Boxer downed a drone belonging to Iran. The Islamic Republic responded by saying it did not own the drone, and the U.S. may have shot down one of its own.

Google Earth map of the Straight of Hormuz in the Persian Gulf. The circle shows the area where the U.K. flagged oil tanker Stena Impero was seized by Iranian Revolutionary Guards.Google Earth

“I think the drone situation and the Gibraltar ruling were just humiliating to the Iranians, and they decided to act. Their patience has run out,” said John Kilduff, partner at Again Capital.

Hunt said the crew members on board the two ships represent a range of nationalities, but none are British citizens.

“Our Ambassador in Tehran is in contact with the Iranian Ministry of Foreign Affairs to resolve the situation and we are working closely with international partners,” said Hunt. “These seizures are unacceptable. It is essential that freedom of navigation is maintained and that all ships can move safely and freely in the region.”

Oil prices moved higher after reports of the first ship seizure during afternoon trading in the U.S. West Texas Intermediate crude futures settled up about 0.6% at $55.63 per barrel. Brent, the international benchmark was trading up 1.7% at just under $63 per barrel.

In this May 2, 2013 photo the Liberian-flagged oil tanker Mesdar is seen at an unknown location. British Foreign Secretary Jeremy Hunt confirmed Friday July 19, 2019 that Iran had seized one British, the Stena Impero, and one Liberian-flagged vessel, Mesdar, in the Strait of Hormuz.John Pitcher | AP

“This is a big escalation ahead of the weekend, and the risk premium that had come out of the market over the past week is going to come rushing back in,” said Kilduff.

But Helima Croft, RBC head of global commodities research, said oil is not responding to the Mideast tensions as it has in the past.

“What I find amazing is oil has become a broken barometer for Middle East conflict. A few years ago, you could almost gauge how serious a security crisis was because of the oil price,” said Croft.

Analysts do not believe either the U.S. or Iran wants war, but analysts say there is the potential for an accident or mishap that could result in injuries.

“It’s like at this point everything is calibrated,” Croft said. ”...I think there’s people in the (Iranian Revolutionary Guard) that believe Trump is a ‘Twitter tiger,’ but the question is, are there red lines that could cause him to respond militarily?”

Tensions between the U.S. and Iran have been rising, following a number of incidents dating back to May, which Iran has not claimed responsibility for but are believed to have been carried out by its proxies, such as the Houthi in Yemen.

Several oil tankers in the Port of Fujairah and in the Strait of Hormuz were damaged by mines. There were attacks on an east-west pipeline in Saudi Arabia, as well as an attack on a Saudi airport.

The Iranian Revolutionary Guard did claim it shot down a U.S. drone aircraft in June, which led U.S. military officials to plan a retaliatory attack. Trump called off the military action at the last minute.

Also just this week, Iran said it seized a foreign vessel for smuggling fuel and released video of a United Arab Emirates-based oil tanker that had gone missing in Iranian waters over the weekend.

The increase in incidents also follows the U.S. announcement in April that it would no longer grant waivers to customers of Iranian crude, and as a result, Iran’s oil exports have dropped dramatically,

Iran’s foreign minister told NBC News earlier this week that Iran does not want a war, and Zarif said the door to negotiations would be wide open if Trump lifts his sanctions on the country.

“Iran is lashing out, and its actions are a powerful argument for keeping the pressure on,” noted Rome. He said it’s unlikely Trump administration officials John Bolton, national security adviser, and Secretary of State Mike Pompeo would be willing to open talks based on Zarif’s offer.

“But Bolton and Pompeo likely agree that Iran’s latest moves—seizing a small tanker, harassing US ships in the strait, proposing talks, and capturing a British oil tanker a few hours ago—reflect the success of the ‘maximum pressure’ strategy,” Rome noted.

The Trump administration put sanctions on Iranian oil and other parts of its economy after the U.S. pulled out of the Joint Comprehensive Plan of Action, or the nuclear agreement made between Iran, the U.S. and five other countries.

The remaining partners of the agreement, which includes Britain, have been trying to salvage the accord. Iran, however, has increased its enrichment of uranium and has threatened to further violate the agreement, which had lifted earlier sanctions on Iran in exchange for an end to its nuclear program.

Iran’s economy has been suffering as a result, and its oil exports dwindled to 500,000 barrels a day or less. Some estimates of Iran’s exports are far lower. 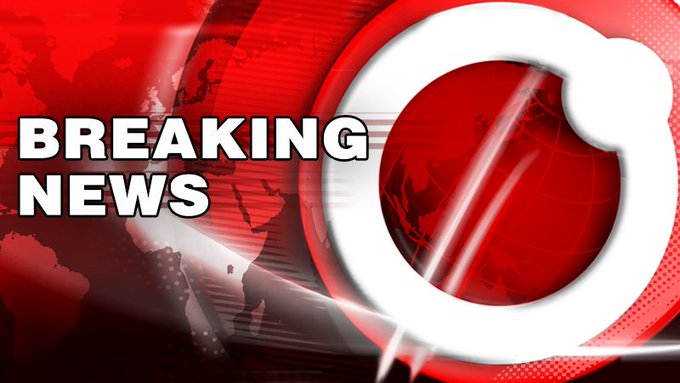 211 people are talking about this

Stena Bulk and Northern Marine Management can confirm that at approximately 1600 BST on 19th July UK registered vessel Stena Impero (built 2018, 49,683 DWT) was approached by unidentified small crafts and a helicopter during transit of the Strait of Hormuz while the vessel was in international waters. We are presently unable to contact the vessel which is now heading north towards Iran.

There are 23 seafarers aboard. There have been no reported injuries and their safety is of primary concern to both owners and managers. The priority of both vessel owner Stena Bulk and ship manager Northern Marine Management is the safety and welfare of the crew.

Northern Marine Management has not been able to establish contact directly with the vessel since it was notified of the incident at approximately 1600 Today, 19th July 2019.

We are in close contact with UK government authorities.