An abandoned and decaying oil tanker near the coast of war-torn Yemen could soon rupture or explode, the United Nations (UN) has warned, potentially triggering one of the world’s largest oil spills.

The deserted Safer FSO tanker, which is believed to contain approximately 1.14 million barrels of oil, has been anchored and left without maintenance off the Yemeni coast of Al Hudaydah since early 2015, according to the UN.

The tanker, which was described in a recent op-ed from The Atlantic Councilas a “floating bomb,” is thought to be eroding fast.

There are concerns that following years of inertia in a salty and corrosive maritime environment, volatile gases have built up in the storage tanks — increasing the risk of an explosion.

However, UN officials’ plans to inspect the ship in order to assess the scale of the damage has repeatedly been blocked.

Matt Lowcock, the UN undersecretary-general for humanitarian affairs, said in a speech to the Security Council last week that Houthi authorities “continue to delay” any assessment of the tanker.

Lowcock pointed out that this was “additionally frustrating” because Houthi authorities had actually contacted the UN in early 2018 requesting assistance with the tanker and promising to facilitate their work.

“If the tanker ruptures or explodes, we could see the coastline polluted all along the Red Sea. Depending on the time of year and water currents, the spill could reach from Bab el Mandeb to the Suez Canal — and potentially as far as the Strait of Hormuz,” Lowcock said on July 17.

“I leave it to you to imagine the effect of such a disaster on the environment, shipping lanes and the global economy.”

Danger of explosion ‘increases with every day’

Experts have warned that brinkmanship between the Saudi-backed UN Yemen government and the Houthis over the Safer FSO vessel “is threatening a serious environmental emergency.”

The two sides blame each other for failing to reach a solution about what to do with the decaying oil tanker.

The value of crude estimated to be stuck on board the Safer FSO tanker is reportedly worth more than $70 million, based on current oil prices.

The Yemen-owned vessel was once an offshore platform for ships landing crude oil from a nearby pipeline to the central province of Marib. It is supposed to be constantly tended to in order to prevent the build-up of explosive gases.

“The danger increases with every day that goes by,” Doug Weir, policy director of the Conflict and Environment Observatory, told CNBC via telephone on Wednesday.

“No-one is really sure of the condition the ship is in at the moment.” Weir said, before adding: “This shouldn’t necessarily be a super-politicized issue.”

“In theory, this could be a brilliant example of where we see co-operation between all the Red Sea countries coming together to tackle an environmental issue. Instead, we are seeing the opposite of that.” 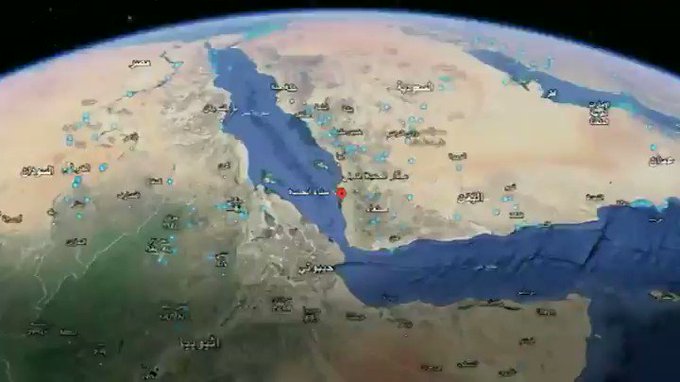 114 people are talking about this

Earlier this month, the recognized Yemen government sounded the alarm in a video posted on Twitter, saying there is an “urgent need” to empty the tank and perform maintenance works.

The UN’s Lowcock warned the Security Council that if a major spill does occur, “the world will surely demand answers from anyone who could have prevented the catastrophe but chose not to.”