Global oil markets sit at a critical juncture, with risks to supply being balanced against rising prices and questions over whether major producers will now turn on the taps.

Brent crude touched $75 per barrel last week for the first time this year, helping the benchmark to log a fifth positive week in a row and add to the year’s near 40% gain.

“This is definitely something we have to monitor,” UBS APAC Chief Investment Officer Adrian Zuercher told CNBC’s “Squawk Box Asia.”

“It will remain volatile,” he added. “We expect Brent to remain between 70 and 80 U.S. dollars at this point.”

WTI also moved above $65 a barrel, even as rising U.S stockpiles and surging U.S production slowed some of the recent price momentum.

Renewed U.S. efforts to curb Iranian output, escalating tensions in Libya, supply outages in Nigeria and the ongoing crisis in Venezuela have created a complex and uncertain outlook for crude.

The week ahead will be another major test, with Iranian sanction waivers officially expiring in early May, and the U.S decision to cancel all concessions raising new questions about how Saudi Arabia and other major producers will respond.

“We now know that OPEC has that spare capacity,” Goldman Sachs’ Head of Commodities Research Jeff Currie told CNBCs “Power Lunch,” reiterating his Brent forecast of $70-75 barrel for the second quarter of 2019.

“They ramped it up, they took it back down, and we think the (Iran) shock is roughly 900,000 barrels per day, and we just saw OPEC, at least core OPEC, taking 1.8 million barrels per day off the market,” Currie added. 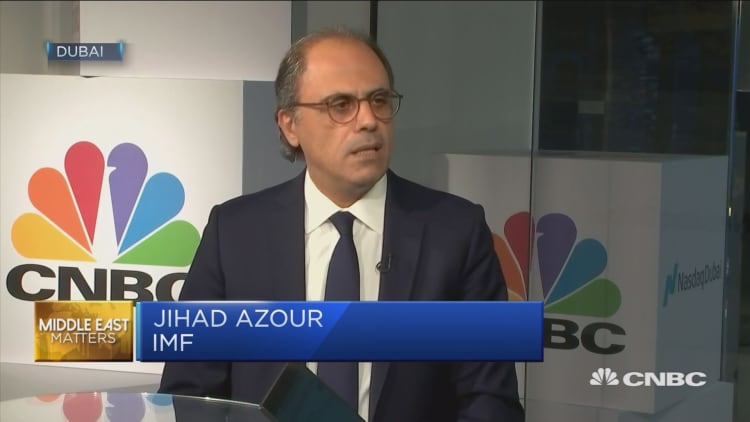 While capable of doing so, whether or not Saudi Arabia and the United Arab Emirates (UAE) are willing to increase supply to make up for the Iranian shortfall remains to be seen. The assurance given to the U.S. lacks concrete details, and no formal agreement has been set. Both countries have also been vocal advocates of discipline within the OPEC-plus production agreement.

Now, there is increased diplomatic pressure to reverse course.

“We are not going to be pre-emptive and increase production,” Saudi Energy Minister Khalid al Falih said at an event in Riyadh last week, indicating that he won’t pump beyond the agreed cap of around 10 million barrels per day, at least for now.

But what Saudi Arabia does next will be very closely watched.

The Joint Ministerial Monitoring Committee meeting in Saudi Arabia on May 19 will be the first opportunity for Saudi Arabia and OPEC-plus to telegraph its intentions for the second half of the year. The meeting will also set the stage for a critical gathering of OPEC on June 25, just days before the current production cut accord is set to expire.

OPEC-plus will probably agree to extend its cuts into the second half of the year, but the cancellation of the Iran waivers and a slew of other supply side uncertainties mean a volume adjustment could be on the agenda.

Relaxing the agreed supply curbs would appease the United States and likely temper oil price gains. But it could also risk putting the fragile and hard fought unity of OPEC-plus to the test, and more importantly, it would erode spare production capacity at a time of heightened geopolitical risk. 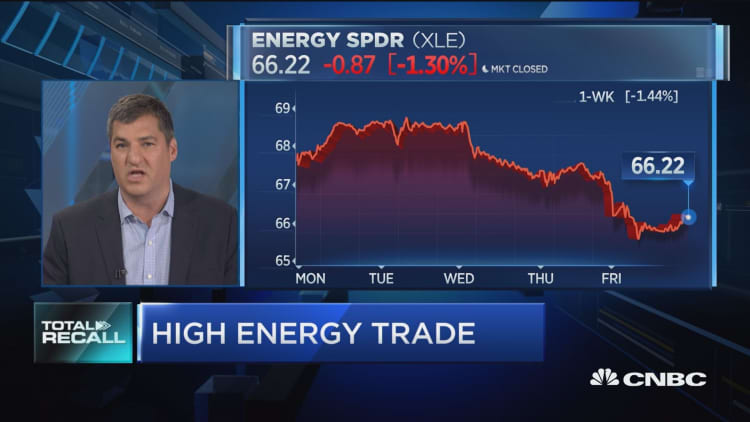 Reducing capacity would significantly lessen the group’s ability to deal with unforeseen supply uncertainties stemming from fragile producers such as Venezuela, where the U.S. is mulling additional sanctions that could further cripple output, or Libya; where a battle in the capital threatens to spill over to the country’s oil-producing assets.

“If we lost Libya from the market, it would take spare capacity down to very uncomfortable levels and would certainly add a major risk premium to oil,” Neil Beveridge, senior oil and gas analyst at Bernstein, told CNBCs “Squawk Box Asia.”

Instability in Algeria, Nigeria and Sudan, as well as the recent suspension of some Russian crude exports to Europe, are also issues that OPEC-plus will be watching.

“Sometimes you have to look in the back-view mirror to predict where the future is going,” Khalid al Falih told CNBC back in February.

“I’m leaning towards the likelihood of an (supply cap) extension in the second half, but that’s not automatic,” he added.

“If we find out that the fundamentals are tightening, by June you can bet that I will be, just like we did last year, encouraging my colleagues within OPEC plus to ease their voluntary limits.”

Now, the market is watching to see exactly which way Saudi Arabia will lean.